This weekend was the local Pumpkin Carnival.  Maia entered in the event last year and it was a lot of fun, so we have been talking for a while about what we would enter this year.  Plus I have to grow the pumpkins (or at least most of them) because its mighty difficult to find a pumpkin patch to just stroll up to and buy pumpkins from in New Zealand… so its been on the radar since spring when the first seeds were planted.

I initially thought that the carnival was on Saturday, so come Friday afternoon the kids and I got into some serious pumpkin decorating. Carter and I spent the afternoon, while Maia was still at school, collecting leaves, grasses and other things to decorate the pumpkins with, and once Maia was home we spent an hour or two creating pumpkin people for them to enter;

I helped by joining the pumpkins together (with skewers), and they chose what to put where (I also had to help making holes to stick the leaves and grasses etc to because the skin was too tough for them to manage)… but they were both very sure about how they wanted them to look and what made the hair, noses, eyes etc… 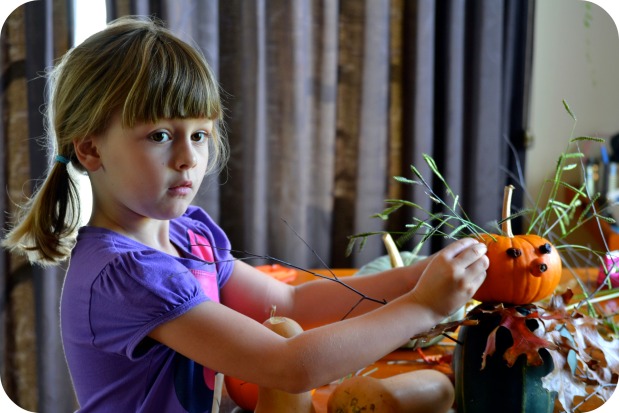 I also baked a pumpkin pie to enter and on Friday night, there was our stash finished and ready to enter. Maia named her’s Jessica, and Carter named his Mickey!

Come Saturday morning, as you know we were off to Angelina Ballerina, so it was a great rush to get everything in the car with the plan of going to register the pumpkins before heading to the show and then back to check out the festival once Angelina was finished.

We arrived at the gardens and, how strange, no Pumpkin Carnival.  Paul and I discussed it – decided we must be too early and would just have to chance registering after the show.  As we were driving out, Maia yells out (not realizing the significance, as she reads a huge sign which none of us had noticed on the way in) ‘look Mum, Pumpkin Carnival Sunday 1 April’.  Hmmmmm… we were a whole day early!

So this morning we once again packed the car up and headed for the carnival.  The pumpkin creations got a bit of a fix up as they were looking a little bit sadder than they did almost 48 hours earlier when they were made; a popcorn necklace and a posy of dried hydrangeas for Jessica, a new popcorn mouth for Mickey. 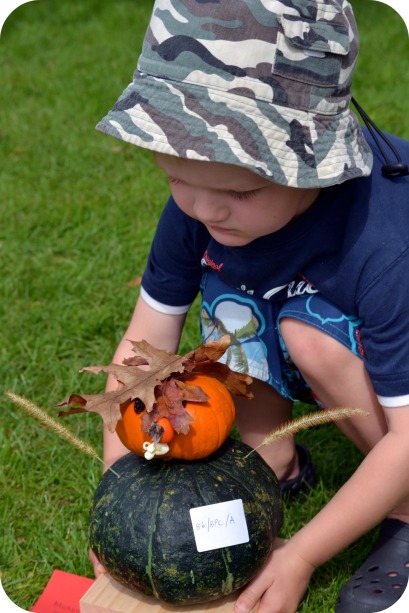 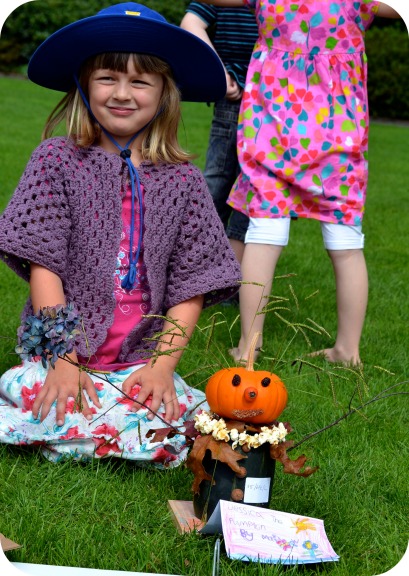 My pumpkin pie was much worse for wear after its car ride the day before so I resurrected a slice that wasn’t too badly damaged, and baked a batch of these muffins to compensate ( I had a lot of extra cooked pumpkin left over from Friday) to enter as well.

There were of course some amazing entries in the pumpkin creations category…this dragon: 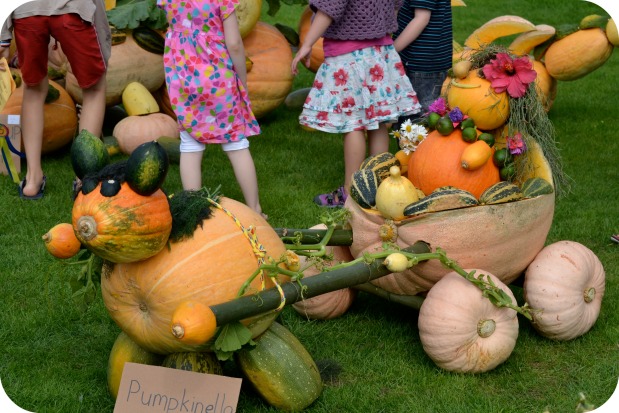 And this lovely rose painted one…

Fortunately they are all in age categories (Carter was in the preschool section and Maia in the primary school section). There were also loads of other categories including largest, smallest, oddest shape, most perfect, best carved pumpkin etc.  The kids both had small pumpkins entered in the smallest pumpkin category, but the judges decided to move them so they both ended up in the most perfect pumpkin category.

There were also face painting, bouncy castles and loads of races for the kids; here’s Carter in the potato and spoon race… 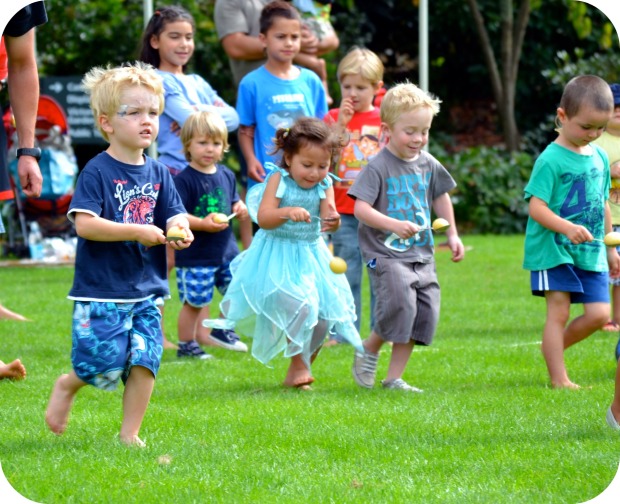 Yay, we won!!  Both got a first and second in their categories and were so excited!! Carter especially loved his ribbons, he’s gone to bed tonight with them sitting on his bedside cabinet (I’m actually surprised he didn’t ask to have them pinned on to his jammies!).  And in case you were wondering I won both the muffin category and the pie category (and they had a prize giving…. so I had to go up and get my prizes, how embarrassing).

We spent the afternoon ribbing Dad who was the only one not to win a prize (let alone two!), but Maia, my ever so compassionate child, quietly sat down and made him his own prizes tonight after dinner…

And he got three because we all only got two!!! He’s such a proud Dad (as if you couldn’t tell by that smile).  Right, so now I’ve updated you on our busy weekend, I’m going to sit down in front of the telly and eat a nice big slice of pumpkin pie! I hope you’ve had a lovely weekend, lots of love, Janette xxxxx

Thank you for leaving a comment, I love reading them and really appreciate you taking the time to let me know you were here! Cancel reply